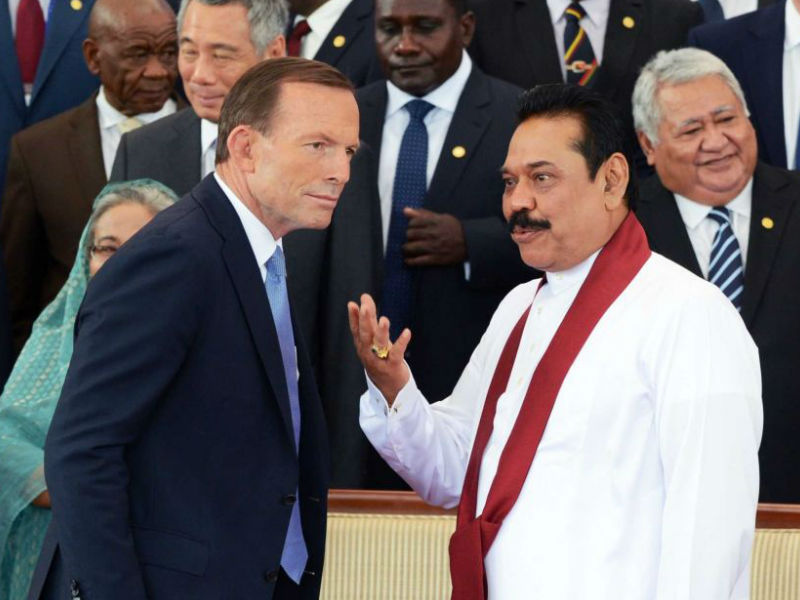 The Australian government has reached a frightening new low as a human rights’ denier and perpetrator, the Tamil Refugee Council said today.

“Prime Minister Tony Abbott’s claim today that Sri Lanka is ‘a society at peace’ is not just baseless but a deliberate lie, cynically presented to the Australian public for one reason; to support his indefensible, illegal policy of sending back Tamil asylum-seekers to Sri Lanka.

“The timing of his statement today on Melbourne radio is clearly linked to the credible media reports about his Immigration Minister’s abhorrent act of secretly sending back a boatload of Tamil asylum-seekers to the certainty of a Sri Lankan jail and the probability of rape and torture.

“Media reports this week have said that 153 Tamil asylum-seekers on the boat have almost certainly been sent back to Sri Lanka. Also, it has been reported that people have had their refugee claims assessed in brief teleconference calls on a boat that was involved in sending them back.

“These actions not only breach Australia’s legal responsibilities under international law but put our nation into the category of gross violators of human rights.
“Sadly this is the path Abbott has been on since he infamously condoned torture in Sri Lanka in a speech at the CHOGM conference in Colombo last November, saying ‘difficult things happen in difficult circumstances.’

“Now, in the face of damning evidence that Sri Lanka is on a genocidal path against Tamils, Abbott declares the country is at peace simply to support his ‘whatever-it-takes’ intention to stop asylum-seekers from reaching our shores.

“Australia’s appalling alignment with the brutal Rajapaksa regime, which includes the supply of boats to stop asylum-seekers from fleeing persecution, is trashing our international reputation. We are now seen as a country not just ignoring massive human rights’ abuses but also as an active, eager facilitator of
those abuses.

A SOCIETY AT PEACE? THE FACTS ARE: